Raw VS. Cooked: What You Need to Know

The raw food movement is more popular than ever, but there are a few things to consider before you step away from the stove entirely.

Raw foodies swear by this way of eating, in which nothing is heated above 49 degrees C (120 degrees F). They believe cooking leaches enzymes and vitamins from food, diminishing its nutritional value. Raw food diets typically consist of lots of fruit and vegetables, sprouts, sprouted seeds and beans, dried fruit and nuts. Some raw foodists are also vegan, so they don’t eat any meat, dairy or eggs. Some eat raw fish and meat and/or unpasteurized dairy.

With its healthy and glowing image, it would be easy to assume a raw diet is nothing but health-promoting. And it certainly can be. Eating everything raw, by necessity, will likely mean a true plant-based diet, heavy on vegetables, fruit and nuts – for those of us not eating enough plants, this would be a step in a healthy direction. There is some evidence that eating vegetables such as cabbage and broccoli raw can have a greater anti-cancer benefit than eating them cooked. And over-cooking vegetables, especially boiling them, can mean a lot of useful nutrients stay in the cooking water.

Before you go completely raw though, be mindful of the potential downsides. Depending on what flavor of raw diet you adopt (which can include fruitarian and “sproutarian”, apparently) eating a solely raw diet could leave you short of essential nutrients.

By necessity, you’re likely to eliminate foods that can’t be eaten raw – including some healthy grains and legumes (although some can be eaten sprouted) and potatoes, inedible in their raw state. Fruit like rhubarb and quince would be off the menu too. In some cases, cooking a food can make useful compounds available to us. For example, lycopene – an extremely useful antioxidant – is much higher in cooked tomatoes than in raw ones. 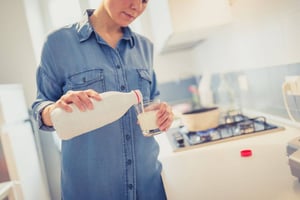 Some raw foodists eliminate milk, which is briefly heated during pasteurization. That means cheese, yoghurt and other dairy foods are out too. And animal protein, some of which can be eaten raw (think sushi or tartare) can be on or off the list. If you’re eliminating all animal products, as in a raw vegan diet, it’s harder to get all the nutrition you need without supplementation. Getting enough protein might be a problem without lots of nuts and seeds. Iron could also run low – the American Dietetic Association recommends raw foodists eat almost twice as much iron as non-vegetarians, since iron in plant foods is less easily absorbed. As with all vegans, raw vegans need to take vitamin B12 supplements, since this is only found in animal foods.

Omega-3s – the healthy fats that are great for brain and heart health – might also be lower in raw and vegan diets. They’re found naturally in oily fish, their most easily-absorbed form, and also in some nuts and seeds, seaweed and chia and hemp seeds. But in these plant foods it’s not so easily absorbed by our bodies – we need to eat a lot more to get the same level of omega-3 as we could from fish. In some cases, supplements may be the best option to guarantee you’re getting enough.

If you’re preparing your own food, the practicality of a raw diet is something else to consider. You might think not cooking anything would save time in the kitchen, but the opposite can be the case – raw food recipes often need lots of time for soaking, sprouting, dehydrating, blending, peeling and chopping. A friend recently made a raw food “cake” and found the whole thing took two days and the ingredients cost her $50!

Speaking of raw sweet treats, it is worth noting that just because something is wheat-free, dairy-free, sugar-free and raw it does not make it a health food. Raw sweet treats can be very energy-dense, usually because they’re based on nuts, honey, dried fruit and coconut. They can also cause havoc for people who suffer from irritable bowel syndrome, for whom these foods are problematic. 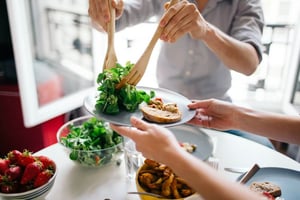 All that said, a visit to a raw food café can still be a healthy choice, whether or not you’re eating raw full-time. A big raw salad, for example, is a great choice, and so are lots of other vegetable-based raw dishes. Loading up on fresh vegetables adds vitamins and fiber, will keep you feeling satisfied and will most likely mean other less healthy foods are displaced. Including lots of raw, whole, unprocessed foods – especially vegetables – can only be good.

If you want more health and fitness inspiration simply sign up to Fit Planet and get the freshest insights and advice straight to your inbox. This piece originally appeared on lesmills.com.

Swimming, Sports, and Mental Health: Effects of Fitness on Wellbeing

Why should I tri? Getting started with Triathlon Training