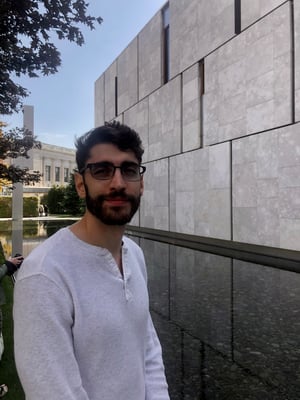 Elliott has a passion for swimming, and he has been training and competing for over 20 years. Elliott grew up swimming at Leaning Tower YMCA, and went on to swim at Niles West High School. He set multiple high school and district records, and competed in the Illinois State Championship. During high school he also worked at Westmoreland Country Club, where he coached their swim team and led private swim lessons. He continued his swimming career at Case Western Reserve University where he broke multiple school records and served as team captain. Since 2017 Elliott has competed in a number of sprint and olympic distance triathlons and he looks forward to sharing his experience and love for swimming with CAC and their athletes.