Become an active and mindful participant on your mat and in your life, while learning to teach with purpose and intention.

In this intimate, six month program, students will have plenty of time to digest, refine and learn how to live the teachings while also creating space for self discovery and transformation.

Info Session Dates:
Tuesday, May 25th from 7-8pm, Virtual on Zoom
(Session will be recorded for anyone that cannot make it)
Thursday, July 29th from 2-3pm, WPAC, Studio 2
RSVP for information session here.

Contact:
For more information, email: CACyogateachertraining@gmail.com
To register for program: fill out the form below.

*This program meets the highest standards set by Yoga Alliance and is designed for yoga practitioners (with at least one year of practice) who are committed to deepening their practice and their understanding of yoga. We believe that establishing a firm foundation in your own yoga practice is key to becoming an inspiring yoga teacher.

The school emphasizes that 200 hours is only the beginning, yet a great accomplishment and chance to dig deeper into the lifelong journey of learning and realizing through the practice of yoga. The journey of the teacher never ends; the best teachers are the most dedicated students.

Upon successful completion of the CAC yoga teacher training, you are eligible to register with Yoga Alliance as a 200 hour Registered Yoga Teacher(RYT).

Requirements to take this training program:
Minimum 1 year of consistent yoga practice
A strong passion to take your practice deeper

Trainees must be a CAC member by the start of the yoga teacher training program.  If you're not a current member, speak to Membership at Webster Place Athletic Club for short term joining options.

Yoga Classes during program:
With your required CAC Membership to participate in this training program, you will have access to all yoga classes at any Chicago Athletic Club during the program. This begins on the first day and ends on the last day. Yoga classes taken outside of the Chicago Athletic Clubs may count towards the practice requirement but first must be approved by faculty.

Age Requirement:
You must be 18 years old to take the teacher training.

A $500 deposit holds your spot in the program. Payment plans are available with full payment due by December 1st, 2021.

Required Reading**: coming soon
**Teacher training manuals are included, but you will need to purchase additional required books. The cost is not included in the program.

Erica Merrill - Lead Instructor
Erica Merrill has been practicing yoga since 1996 and teaching yoga since 2001. She started practicing mainly for the physical challenge and quickly found it transforming her life. Yoga has helped her learn how to deal with stress in a much calmer way. Helping her realize that we can make any situation better or worse by our reaction to it. Her roots stem from Brian Kest in Los Angeles, California. He inspired a passion that led her to do teacher trainings with David Swenson in 2004 and Yogaview in 2006. She was also fortunate to get to participate in Yogaview's 2010 level 2 teacher training. Erica’s teaching style is a special blend that includes a light-hearted sense of humor, a vast experience and knowledge of the practice of yoga, a spirit of playfulness that inspires without diminishing, and sequencing that weaves the familiar to the unpredictable in a way that requires a fullness of attention. Erica lives and teaches in Chicago, Illinois. She feels very grateful that yoga has come into her life and loves to share it with others.

Bridgett Piacenti
Bridgett has been practicing for almost 20 years and teaching for over 15. She has attended workshops with Sharath Jois, Manju Jois, Dena Kingsburg, Richard Freeman, Tim Miller, David Keil, Petri Raisanen, Kino Mcgregor and has studied with Lino Miele, Paul Dallaghan, and Tim Feldmann. She currently is co-director of Yogaview Mysore program with Alexia Bauer. In addition, she runs the Evanston Mysore program at North Shore Yoga. She honors anyone who makes the time to step on his/her Manduka to take practice. Her spirit and teaching are colored with a sense of humor, discipline and patience. She is forever a student of this practice. 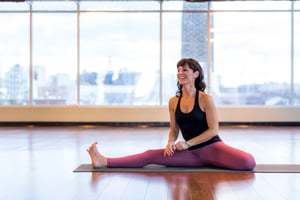 Chrissy Gonzalez
Chrissy Gonzalez is a Chicago based yoga teacher, vegan foodie, writer, travel junkie and animal lover. The onset of her love affair with yoga for over 20 years ago set in motion an active practice that has allowed her to guide others for over a decade. Her formal training began in 2002 with Yoga Works in Los Angeles. She has since completed over 700 hours of Yoga Alliance Certified training under the guidance of her teachers Joan Hyman, Jeanna Heileman, Lisa Wolford, and many others. Chrissy teaches alignment based classes and workshops with harmonious movement, yoga philosophy and a positive outlook. She also leads workshops and yoga retreats all over the world. In addition to teaching yoga classes, Chrissy is involved in several animal rescue and awareness programs. She founded "The Yoga Pawject", a non-profit that helps raise money for animals in need. The discovery of yoga has evolved into a lifestyle for exceeding the margins of her yoga mat. Boundless and constantly transforming, her practice and teachings flow and adapt to her daily experience. 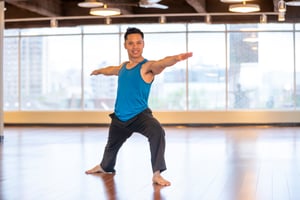 Nolan Lee
Dr. Nolan Lee began his practice of yoga when he was seeking a more fulfilling life. His yoga practice lead him to join teacher training and then to teach. Inspired by his love for movement and the positive life impact that he saw from yoga, he sought to expand his knowledge and obtained a doctorate of chiropractic medicine. He was named valedictorian of his class and had an extraordinary passion for understanding how the body moves and functions leading him to be teachers assistants in both neuroanatomy and musculoskeletal anatomy. Dr. Lee also holds a Master of Acupuncture degree and is a NASM certified corrective exercise specialist (CES). Nolan has the unique ability to blend science of anatomy with the art of yoga. With an active practice at this clinic, Balanced Flow Wellness, he also has a profound understanding of how yoga can be used to restore and maintain health. His thirst of knowledge and love of anatomy leads him on a constant quest for growth and improvement. He enthusiastically shares his knowledge of yoga and anatomy in lectures, workshops and on his blog YogiDoc. 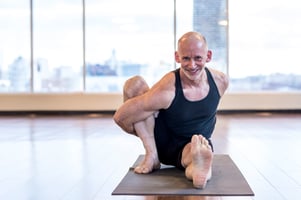 Michael Flockhart
Michael has been a practitioner of yoga for over 18 years. Through years of personal practice and the invaluable guidance and gentle support his teachers have given him, he has developed a profound connection with the practice of yoga and enjoy sharing his devotion to the practice with others. With a background in Ashtanga Yoga, and influences from Anusara ad Iyengar Yoga, he strives to create inspiring classes that focus on the principles of alignment, creating a safe, injury-free practice. He also utilizes the asana practice as a way to develop a sensibility of becoming more present in our everyday lives, finding yoga to be a great metaphor in life, challenging us to be engaged yet relaxed on life's path. Michael has studied with and been influenced by an array of instructors including Richard Freeman, David Swenson, Maty Ezraty, Tim Miller and Tim Feldmann. He has taught at Yogaview since 2005 and has also taught at Niyama Yoga, Nature Yoga, Yoga Tree, and local athletic clubs.